We are working on some fantastic subjects and a series of brilliant speakers so book your ticket NOW. 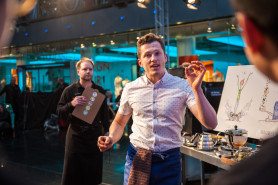 Multiple finalist in the WBC, he has been a great researcher and communicator on water quality management and issues for a long time. Maxwell is working on a book that will most likely be available while we’re having the NR!

Mostly this book looks to outline the chemistry behind water and its potential application to coffee, which is of course vast and ranging. The book is part science, part story and part manual.  Most of the scientific work he is doing is on grinding at the moment. But he is looking to expand the testing regarding water and hopes to have the NR audience be part of this. 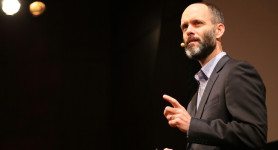 hybrid and give us an insight in what choices the  Colombian coffee growers are confronted with.

We will also be tasting Caturra and Castillo from several farms in Colombia. 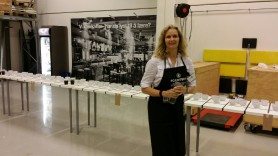 in producing high quality coffees? Nora Hindar will be speaking about how she started the

project Motherland Farmers in Rwanda. We will be tasting some of the coffees produced at the farm. 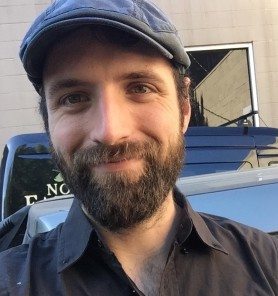 Modulating the Flavor Profile of Coffee – Working outside of machine limitations.

Applying profile roasting to intentionally make changes to the flavor profile of a particular coffee, and using that paradigm across different machines. 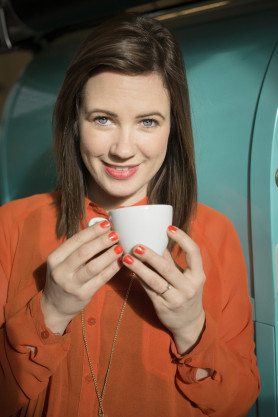 Joanna Alm began her coffee carer as a barista and rapidly grew in to a coffee shop manager in Gables, Olso. Returning to Sweden Joanna began a career as a Nurse, and worked part time in Drop Coffee in Stockholm and becoming another valuable member of the team and Joanna began working full time and became a partner in the business, focusing on building up the new roasting divine of the company.

Roasting seemed second nature winning the Swedish Roasting Championships in 2014 and 2015 finishing 3rd and 2nd in the world respectively. Building a huge brand and reputation, Drop Coffee goes from strength to strength with the shop being named in the “25 Coffee Shops Around The World You Have To See Before You Die”. The reputation has spread and the coffee being used in many of the well known and best coffee shop all over the world. 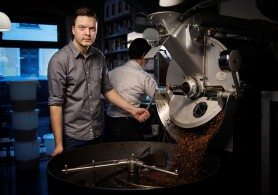 Apart from winning three Nordic Roaster competitions together with his roasting team, he was the 2004 World Barista Champion and the 2005 World Cup Tasting Champion. Tim is an experienced lecturer and has been working as a coffee consultant for many years. He has also written a book on coffee “Coffee with Tim Wendelboe “ in 2010.

Huver Posada Suárez’ experience has been focused in the improvement of coffee varieties with resistant to coffee rust, which is the main pathological problem that affect the production and quality in the Colombian coffee region. Additionally he is involved in studies of Genotype by Environment interaction, in these experiments the genotype expression for reaction to diseases, yield and quality aspects such as biochemical and sensorial profile were tested. This type of research has allowed Huver Posada to advance in the knowledge of coffee quality as well as in the use of direct and indirect methods to quantify chemical precursors on coffee beans. These data have allowed him to better understand the relationship between the variety, the climate and its quality attributes. This year Huver Posada Suárez assumed the Direction of National Extension Service from Colombian Coffee Growers Federation.