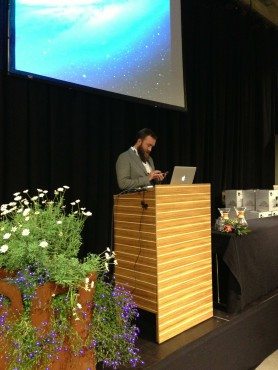 In this talk Christian focus on how Ved Stranden 10 became a space for people to meet. Its about relations and being sincerely interested in making people happy.  They do not compromise with quality on any level of their business – personalizing is key.