The morning started with a training session at the Dormans’s. There were some 20 baristas invited to learn and interact with the NBC crew. The baristas were divided into groups and went straight to the espresso machines.

Niki from Team Finland was on the first machine (far right) who started talking about cleaning the machine, while Tim (in the middle) used brewing tea (which all Kenyans can relate to) as a parallel to coffee. In the back Roland from Gourmet Coffee in Estonia started with the grinding of the beans. 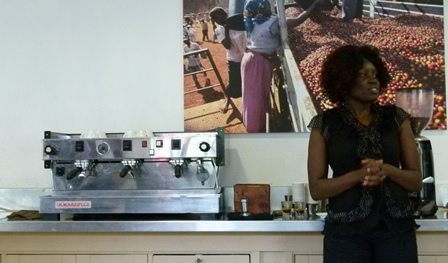 Above is Ester, the barista trainer at Dorman’s, who was on Team Iceland at NBC 2012 in Copenhagen. The focus was also on brewing V60, Aeropress and drip coffee. The groups were 15 minutes at each station. 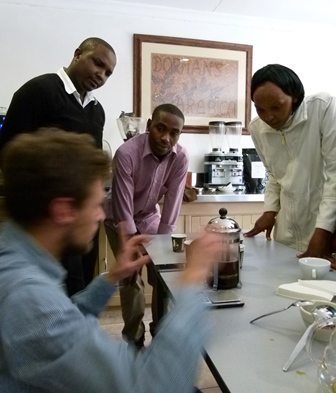 Jeff Verhellen talked about the different tastes of a French press and a V60 brew while Heili involved the baristas in the the V60 brewing. 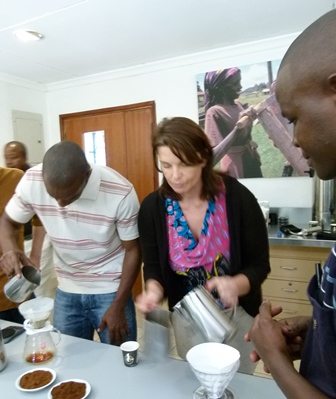 The 6 new trainees for the Dorman’s cafés were also a part of the training. The training seems pretty thorough. Here is a snapshot of the notes of Carolyn, one of the trainees, looked like. 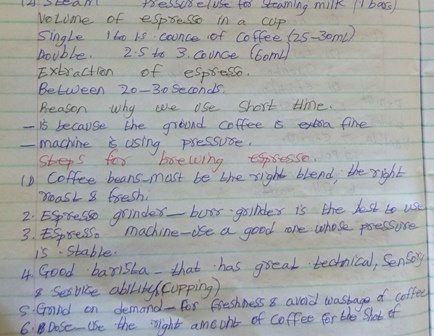 The Kenyan auction takes place every Tuesday, which was exactly the day we were there. The traders from Dormans, Betcom, Taylor Winch and other exporters were pressing the bidding button for various sizes of lots. Ranging from 6 bags to 3000. 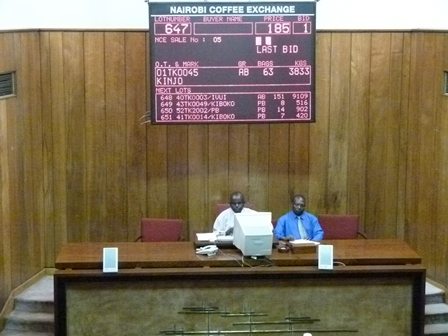 At the Taylor Winch warehouse they had some 25.000 bags stored. On the picture you see (only) one of the halls. 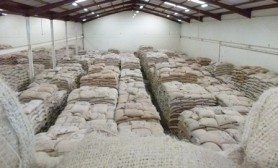 All bags were stacked by man power (first picture in this post) after a certain system not totally evident, but at the end of the day everything was in the right space.

Even some of the NBC crew members carried a few bags which caused laughter amongst the workers.

Taylor Winch quality controllers had prepared an extraordinary cupping for us ranging from AA’s, AB’s and PB’s to a wide variety of defects. “Black beans” was one of them. 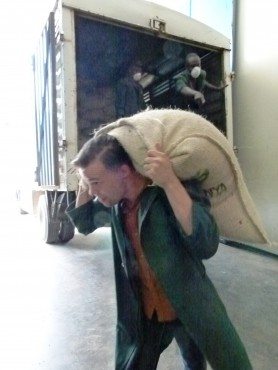 After spending the first days learning about the exporter side of things at Dormans’, the auction and Taylor Winch – the group is now calibrated to go to coffee growing area. Tomorrow we are off to Ruiru and Nyeri.