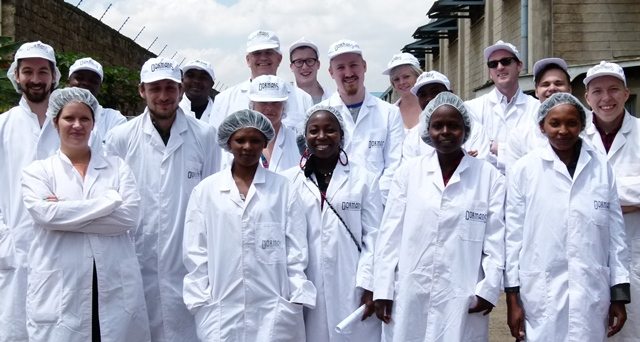 First thing in the morning we met Kennedy one of the green coffee traders for Dorman’s. He explained the Kenyan auction and (direct) trading system. The first auction in Kenya took place in 1935. Today – Kennedy figured that 60 % of Kenyan coffee is traded through the auction while 40% is direct trade. 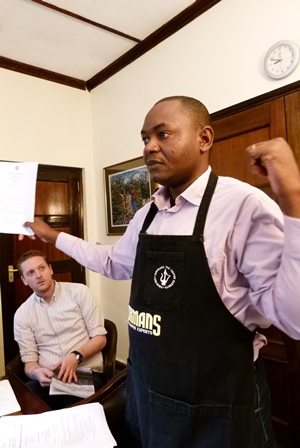 In the cupping room a cupping had been set up for us with different varietals, regions and the “taste of harvest” coffees and other. 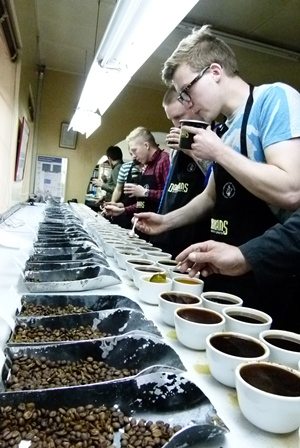 Jens Nørgaard from NBC Administration had brought the 4 Nordic Roaster Forum coffees roasted for the Roast Philosophy cupping – so they came on to the table as well. Interesting for the Dorman’s crew to taste their own coffee roasted by 4 different roast philosophies.

The group photo at the beginning of this post was taken at the Dorman’s Roasting Plant. We all dressed like the employers at the roastery and got a tour by Jeffrey Malika, quality analysist. We went through the storage, sorting area, machine who mixes the blends and the roastery. 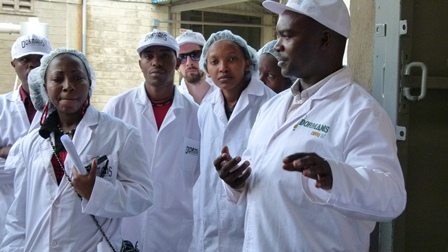 With us we had 7-9 trainees to become baristas at Dorman’s. Here Jeffrey Malika is explaining the logistics of the facility.

After a tasty lunch at Java Café we headed out to their facilities where we had barista jam, with two of their top baristas performing a 2/3’s of the WBC competition set up (no signature beverage). The sensory judging team was “Team Winland” (The new name is their own invention) and Tim Williams from Workshop coffee was technical judge. All of them were quite stunned by the high level of the performances by the baristas. 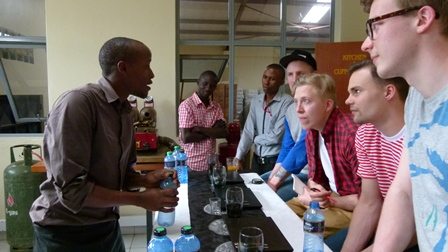 Here Eric is at the beginning of his presentation. 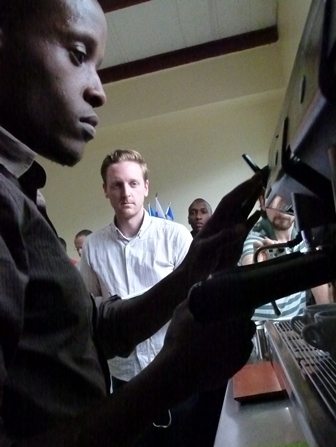 After that the aeropress was brought out and the Kenyan baristas learned about the importance of grinding, water temperature and the pressing technique.