The Karinga Primary School is in Kiambu, north west of Nairobi. The principal Paul Kuria greeted us at the entrance together with representatives from the coffee community and the parent group. The school has pupils from 5-15 years. As soon as the pupils could see the NBC crowd enter the school grounds there was a roar and a beautiful faces gathering in front of the windows to see the muzunga’s (white people). 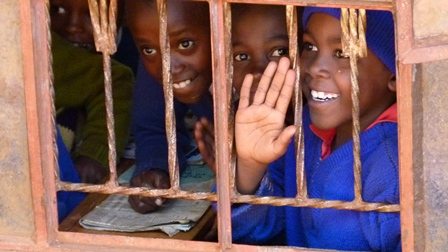 The 8th grade pupils were in the middle of a math exam as we entered their class. They all raised in their seats as the principal entered with us. Since Paul Kuria became principal the math level of the school has gone up from being number 63 in the country to being in the top 3. Below he is pictured in the teachers room which clearly needed a caring hand and some new boards, tables and shelves. 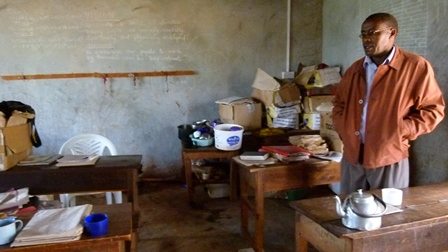 The 10.841 € gathered at this year’s Nordic Barista Cup were already put in to use. There were masons working on the roof in the teacher compound and the entrance wall was being repaired. They had saved a section of the wall to be rebuilt by us. So the boys were equipped with all necessary materials and tools and began their work – overseen by the mason. 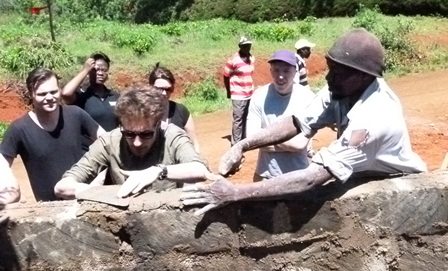 The latrines were not for sore eyes (or noses). It was evident that the collected money had come to a place in need. 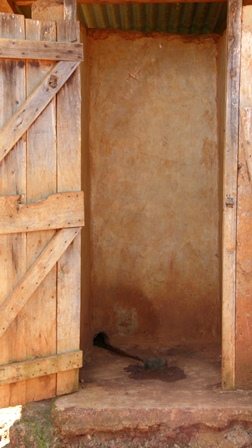 The rebuilding and repairing of the school will take place over the next months – hopefully to be finished early 2013.

Coffee Management Services (CMS) is located in Ruiru at the farm Yadini. CMS is a sister company to Dorman’s and began its operations in 2006. CMS manages 13% of the yearly volume of Kenyan coffee.

The Yadini farm is 83 hectars located at 1500 meters above sea level. The varieties are Ruiru11 and SL28 and SL 34. Ambros, one of the agronomists at CMS showed us around the farm. 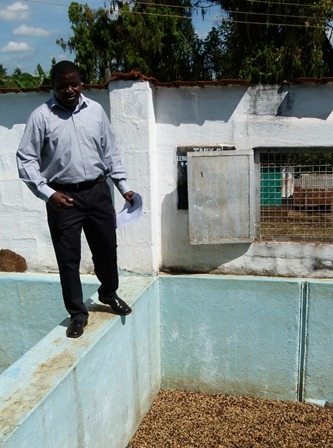 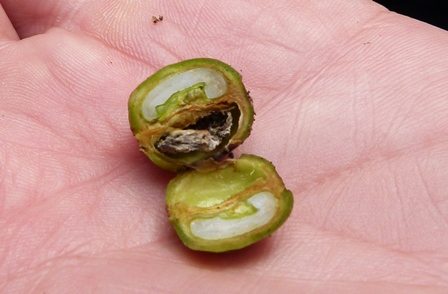 We also visited the Kangocho wet mill. Peter Kimata from Central Kenya Coffee Mill and and Gikanda Murioki (picture below), the chairman of FCS Farmer Cooperative Society, greeted us and gave us a round trip of this beautiful and clean washing station. 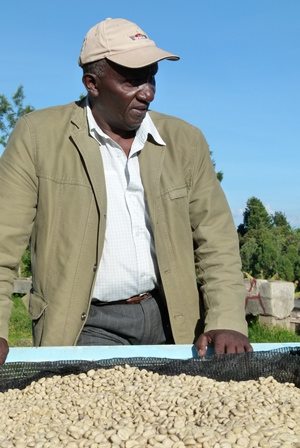 Yet another educational field trip day.