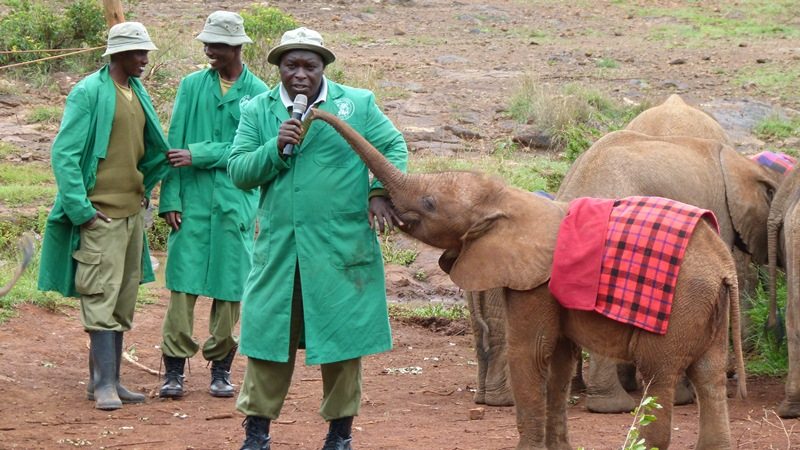 First day of the Nordic Barista Cup Field Trip on coming to an end. Who would have thought that this day would give us the possibility to hand feed a giraffe, to stare into the eyes of a buffalo (one of “The Big 5’s”) and to clap elephant orphans on the head…

But this trip is mostly about coffee. And it actually started with a visit to the Dorman’s café in the neighborhood called Karen. Here Jeff Verhellen, Niki Leskinen and Lauri Pippinen are enjoying the Supremo espresso from Dorman’s. 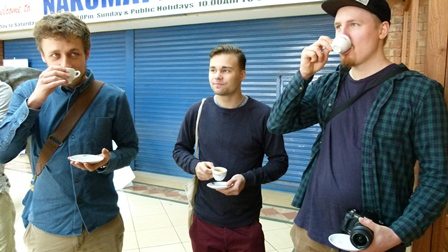 The shop opened yesterday – and like Tim Williams who is on the group said: “This couldn’t have been further off than what I expected!” (Meant in the most positive way possible). The shop had a distinct Scandinavian simplistic feel to it mixed with African handicrafts and off course Kenyan coffee. 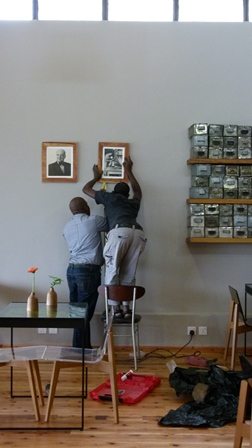 On the top floor they were working on hanging the pictures of Charles and Ellen, the founders of Dorman’s on the wall. There was also artwork from a local artist on the walls. 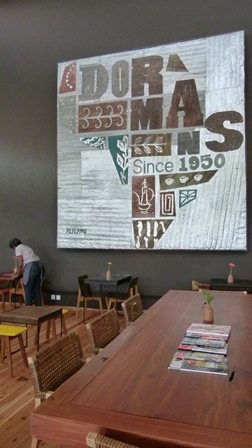 The “Karen Shop” as they call it has the only Strada in Africa. Edward is making cappuccinos for the Nordic Barista Cup. 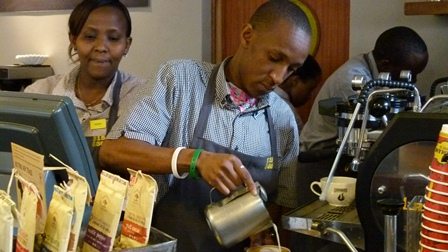 Kalle from the Finnish team jumped into the bar and made a couple of aeropresses together with Edward, who after the first brew looked at Chris from Dorman’s and said “We need some of these!!”. 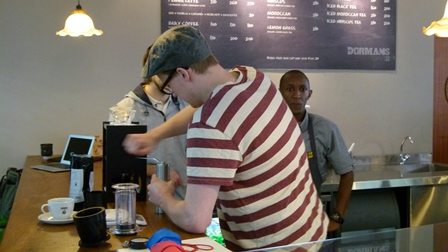 After the visit at Dorman’s new café it was time for some wildlife. We visited the “David Scheldrick Wildlife Trust” and their Elephant Orphanage where we saw the elephants – from 1 year of age to 4 years – being fed. 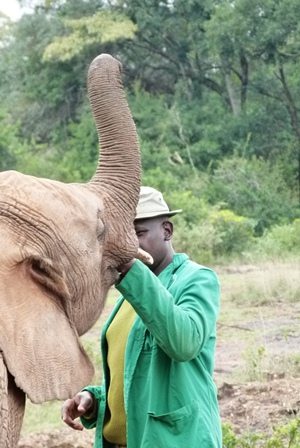 After that we were off to a Giraffe Centre where we fed a very hungry giraffe… Here is Jeff trying to teach him some Belgian manners. 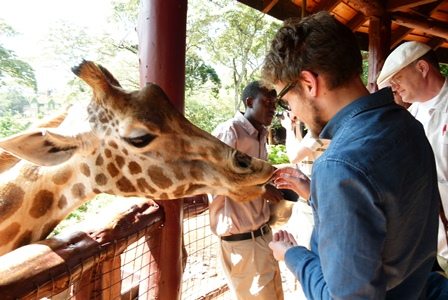 Now that the wild life had gotten in to the blood we wanted more of the wild thing – and went into the Nairobi National Park, conveniently located in the city. We saw buffalos, rhinos (also one of “The Big 5”) and giraffes – but no lions.

Tonight we have the evening at leisure – starting with dinner at the Heron Court Hotel.