You are here: Home / NBC field trip / Kenya trip / From Mt. Kenya to Nairobi and then home…

From Mt. Kenya to Nairobi and then home…

The night was spent at the Hotel Serena Mount Kenya Lodge, which is located on the hills of Mount Kenya. The hotel is in the middle of the jungle and built around a watering hole where animals from the jungle came to drink water during the night. 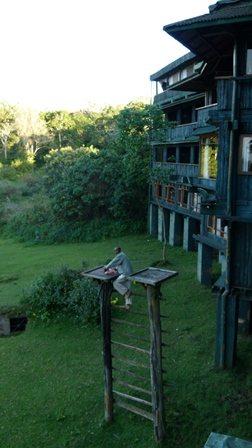 The service at Hotel Serena hotel was amazing: at the dinner table we were asked which animal we would like to see during the night. If the animal would show up at the water hole, there would be a knock on the door.

Serena is located at 2295 meters above sea level, so the evening was rather chilly. So at night when we came back to our room there was a hot water pot placed in the bed, so we could keep warm during the night. Pure Serena love, right there! 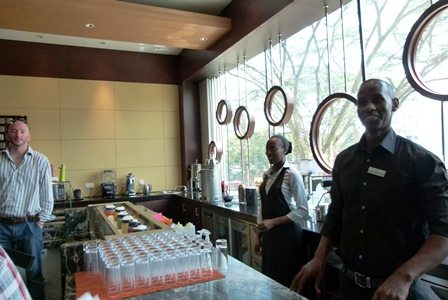 We drove back to Nairobi this morning and had a great café crawl. We visited Sangana (above), where Jesse who was on team Norway, Serena (below) and a Dorman’s café. 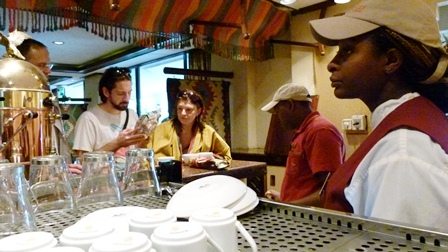 For lunch we meet Sebastian and Tim from ECOM at the Carnivore restaurant, where they serve tasty meat – ranging from ostrich to crocodile. It was a tasty treat with the meat being served faster than you can pull an espresso. 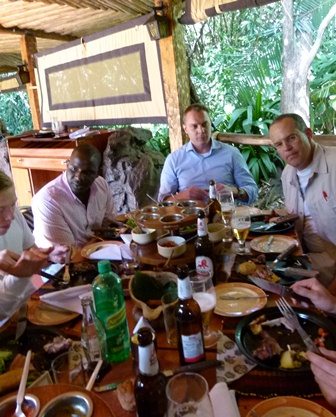 Some 20 Kenyans were ready to have a talk about the standards, techniques and service at the Kenyan cafes. The baristas were from Java Café, Dorman’s, Sangana, Serena and others.

We made a latte art competition where the contestants had to pour their best pattern into a cappuccino cup and then into an espresso cup. The Finnish team were judging the competition. 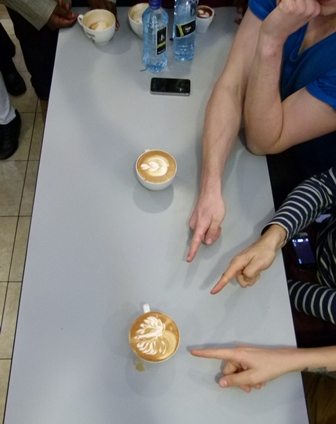 The winner was Alfred Moi from Java. Below he is (left) at the score board together with number 2: Eric, also from Java. They are both wearing “Good Life Coffee” scarves which Lauri Pippinen from Finland had made for his café in Helsinki with the same name. 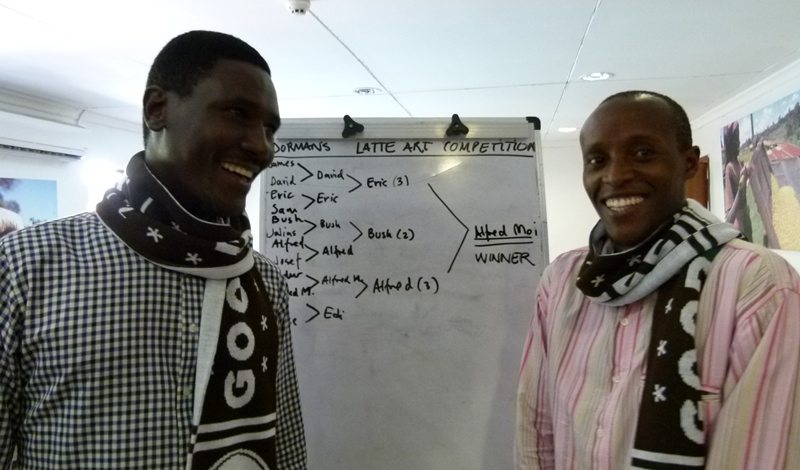 The week finished off where it started: At Dorman’s Karen store. There were said farwell’s and goodbye’s.

Thank you to all who have contributed to making this week an amazing adventure. Asante Sana.