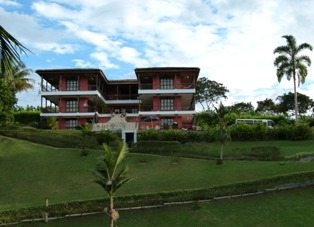 First of all lets make it clear that we are in paradise – also known as La Navarro, an old coffee hacienda situated approximately 15 min drive outside the town of Armenia. Surrounded bu palms, coffee trees, birds and mountains. There is a swimming pool at la Navarro which was used frequently last night. Both by people in bading suits – but also a couple of fully dressed people. Emil from the Swedish team – a small sized guy with years of martial art training – managed single handed to throw Pernilla AND Denise into the pool. They haunted him around the hacienda with out luck, and at last he agreed to join them in the pool.

But at he was taking his clothes off they managed to throw him in – with his pants around his knees…. 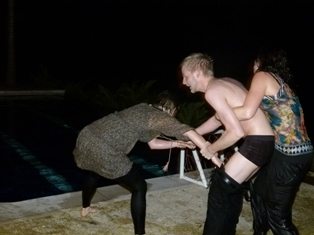 …but he didn't go in alone… 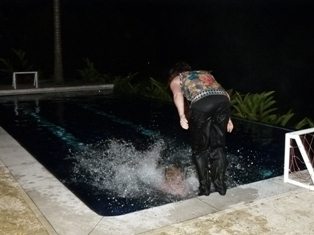 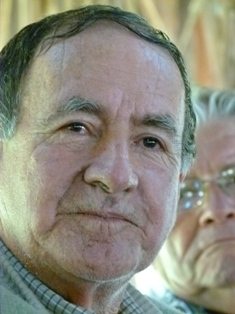 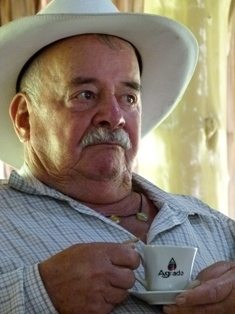 At the Agrado farm we met 6 farmers.

Don Mario Geraldo, who sent one of his coffees to Cup of Excellence.

After a interesting talk about their farms and the cultivation of coffee we continued to the processing plant. 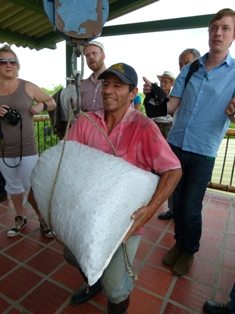 Ariel, who works at the Agrado processing plant, weighs a bag of coffee cherries. The weight was 35 kilos – which is around 4 hours of picking.

Tone, Eirik and Sebastian watching – and getting ready for the processing. 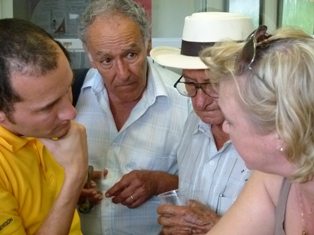 There was an interesting cupping of 4 coffees from the area grown in different altitudes. After that we cupped 3 coffees from Solberg&Hansen: Kenya, Colombia and the S&H espresso. Above Tone explains about the coffees. 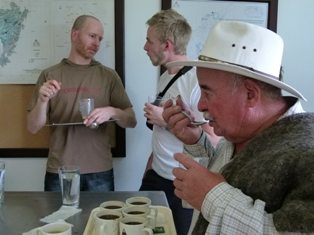 The farmers were also cupping – some of them for the first time.In front Napoleon checking the flavours while Mikel and Emil discussing acidity.

After a great day at Agrado we were going out to have fun in the National Coffee park close outside Agrado town. There were roller coasters, carousells – and a cable car over the coffee fields. 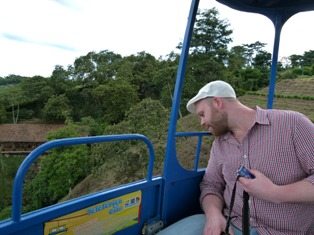 Eirik looks down to see the variety of the trees…

On gound again we walked the coffee feilds and came to a racing lane. 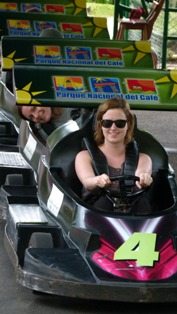 Here Pernilla and Denise are ready for a go-cart race – only to be taken over by Emil.