Was it a world record? I’m not sure, but it certainly was entertaining. In two five-minute sessions, each team poured as many works as latte art as they possibly could. Under the watchful eyes of the judges who carefully made notes about acceptable and unacceptable pours, and as even the temperature of each drink was measured to make sure it stayed within established parameters, The crowd swelled, and cheers sounded boisterously for each team. Flags waved and the baristas began their best efforts. 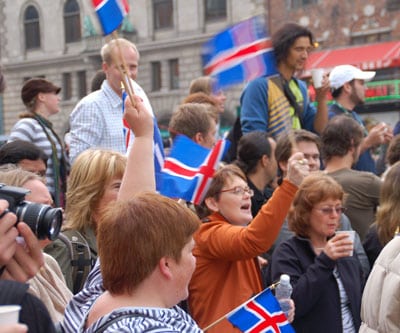 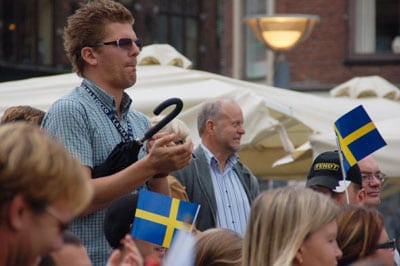 After the first round Team Suomi (or Finland to folks like me) held a commanding lead over the rest of the teams. Norway, Sweden and Denmark had seven pours each. Iceland had 11, while the Finnish baristas had a whopping 16 successful pours. 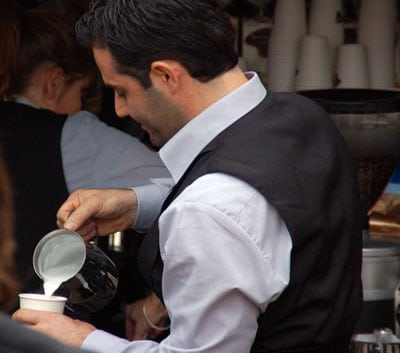 With the pressure on, the teams regrouped to discuss strategy for the second round, and whatever they said, it must have worked. Storming out of the gate to another round of wild applause, each team turned up their efforts and the judges agreed. Finland stayed in the double digits with 12 lattes. Norway had 15. Iceland had 16, Denmark 17 and Sweden an amazing 19 quality latte art pours. 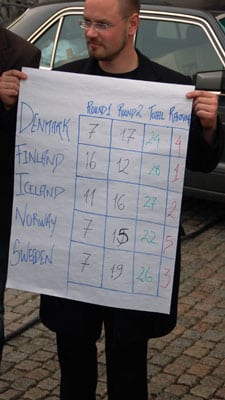 In the end, Finland eked out a win by a single point over the Icelandic baristas. But of course the competition was only one of several, and who would win the day was still anyone’s guess. 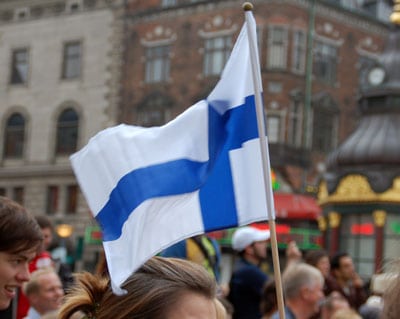