After a short break following the scenic hour-long boat tour, attendees and teams regrouped at Noma for dinner. Drinks made with buttermilk meant to inspire teams in their creation of special drinks for Saturday’s ingredient competition were served to all before they headed into a large dining room and found their seats. 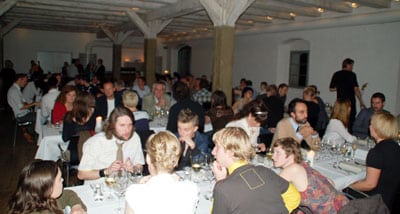 A five-course dinner, generously sponsored by Arla Sweden, was served with complementary wines, beers and barley wines, proving to all exactly why Noma has earned its impeccable reputation. Prior to the cheese course, Tim Wendelboe and the judges gathered at the front of the room to make the exciting announcement of the first day’s winner. 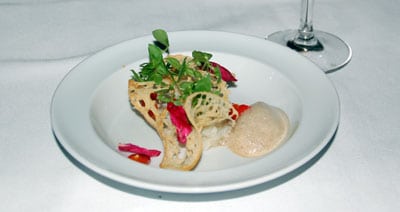 But first, Tim announced that four of the competitors had scored all of the El Salvador Cup of Excellence coffees in the day’s cupping correctly and in the right rank, an impressive feat. They were: Elfa Dröfn Stefánsdóttir of Iceland, Ingibjörg Jóna Sigurðardótti of Iceland, Halvard Amble of Norway, and Ulrika Hannula of Finland.

Tim went on to announce the ranking of the highest individual scores of the day:

Anne won the competition with an incredible score: she was only 10 points away from a perfect score of 400.
And then it was time for Tim to announce the winning team of the day! He told the group that the judges were challenged in scoring objectively while having such a good time – a good challenge to have. “It’s actually getting quite hard!” he said.
And then he shouted, “The winner of the first day is Norway!” and then crowd went crazy. But in a turn of events unlike any other in the Nordic Barista Cup history, Tim announced that there had actually been a tie! The Swedish Barista Team shared top honors with Norway. 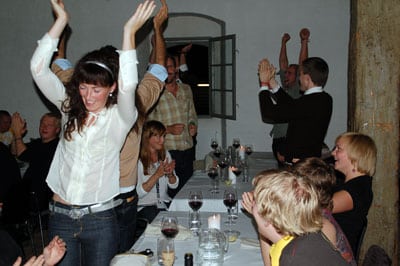 An exciting day for all!
—Sarah Allen