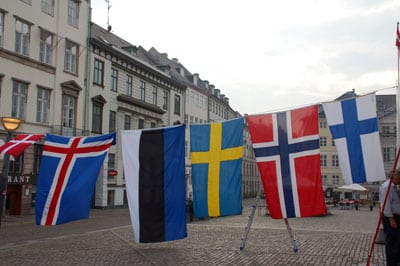 It rained earlier, and the ground is still wet, but the clouds are beginning to break up, and it looks like we may have some nice weather for the rest of the event, the outdoor section at least. The crew was here in Nytorv early, setting up a giant tent full of La Marzoccos, Clovers and even a Probatino. 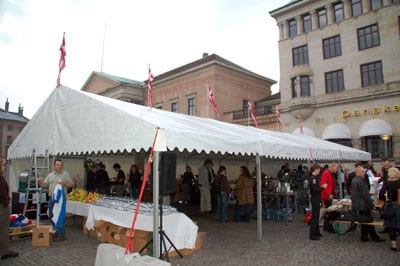 While the attendees are invited to take a tour of Copenhagen’s renowned coffee shops, where they’ll be treated to free coffee with a flash of their NBC badge, the teams will be working the streets, trying to sell coffee to whomever they can in an effort to raise money for a health care project in El Salvador. The teams will roast coffee on the Probatino, then set up stations around town to hawk their goods and collect cold hard cash to be sent to help out in El Salvador. It sounds like a fun time in the benefit of a good cause, just like most things here at the NBC. 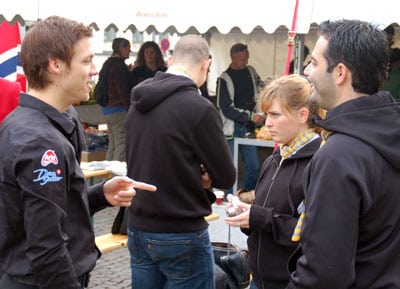 After that, there will be a number of other competitions for the teams and for the attendees and the public to watch them show their stuff. No one, other than the organizers, however, knows just what exactly those competitions will be, so watch this space to find out.
–Kenneth R Olson