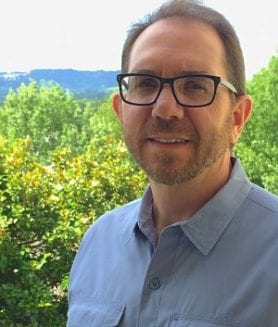 Greg Meenahan is the Partnership Director for World Coffee Research and is coordinating the industry’s global, financial support for this pre-competitive agricultural research and development effort. His communications and fundraising career has been focused on removing barriers to human potential and providing the tools people need to achieve economic stability. Because some of the most vulnerable people on the planet grow one of the most vulnerable crops on the planet, it became clear that agricultural research and development could lift millions out of poverty and could prevent many from falling into it. In his keynote presentation, Boosting Farm Profitability at a Time of Record Low Prices, Greg talks about global coffee prices, which are at their lowest levels in more than a decade, and how this endangers coffee producers and entire origins.  At current price and productivity levels, many coffee grower incomes do not meet their basic needs.

While most attention has been focused on price mechanisms and premiums, the best lever for improving farm profitability is to increase yields, quality and farming profitability. In this lecture you will learn how F1 hybrids, a new class of coffee variety, and globally oriented profitability research will empower producers with the tools they need to be resilient in down markets, and highly profitable in up markets. 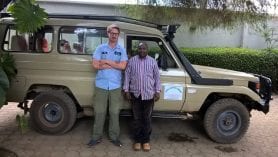 Dr. Anders Nielsen is a researcher at the Centre for Ecological and Evolutionary Synthesis at the Department of Biosciences at the University of Oslo. For many years his research has centred on questions related to plant-pollinator interactions, i.e. how insects contribute to plant reproduction. Although he started out working mostly in wild ecosystems he has, over the last years, also done research on crop pollination, both in Norway and abroad. He finds the interaction between agriculture and biodiversity particularly intriguing as pollination, an ecosystem service, might benefit production and thereby give strong arguments for biodiversity conservation in agricultural settings. Climate change has the potential to affect plant-pollinator interactions in subtle ways both in natural and agricultural settings. Coffee is a valuable commodity especially in third world countries where it contributes to local economies and can have huge impacts on the livelihood of local people. Since bees pollinate coffee, local biodiversity can also contribute to improving yields. Anders’ research is about better understanding what factors affect coffee pollination, what agricultural practices that might harm or benefit pollinator communities, and to what extent pollination is limiting coffee yields in different areas.

Plant-pollinator interactions are ubiquitous in nature, as almost 90% of all flowering plants to some degree benefit from pollinators. Over the last years the positive effects of pollinators also to a huge variety of crops has also become evident. Coffee is an insect pollinated plant where Coffea canephora (Robusta) is 100% dependent on pollination for fruit production, while studies have shown that Coffea arabica (Highland coffee) have a yield decrease of 15% to 50% when bees are prevented from visiting their flowers. Through my work on crop pollination in Tanzania, I have learned that there is a strong focus on irrigation, fertilizer application and pesticide use among farmers, to improve yields. However, we have found that the potential for increasing yields in watermelon does not lay in any of these agricultural inputs, but solely on better pollination services. I will argue that this might also be the case in coffee production systems, and that measures to sustain local bee diversity might not only benefit biodiversity conservation, but also coffee production itself. Climate change might have strong effects on plant-pollinator interactions and I will discuss how this might affect coffee pollination in particular. 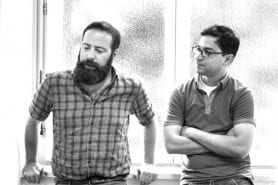 Gerardo Anzaldúa is a Fellow at the Ecologic Institute in Berlin. He leads the institute’s consultancy work on business development and open innovation, supporting environmental technology firms on product- and business strategy development. On the research front, he investigates the social and economic aspects of European water policy and the operationalization of the ecosystem services approach. As co-founder of coffee, metrics and analytics, Gerardo has contributed to the design of the spin-off’s operational processes, market research and business strategy development.

Francisco has been team manager of a bioanalytics and spectroscopy unit within the group of Prof. Dr. Peter Hildebrandt at the Technische Universiät Berlin. He is also an experienced bio-data and machine learning scientist. For more than three years he has been working in understanding structure and degradation mechanisms in coffee and coffee by-products. As cofounder of coma, he has developed the scientific and technological approach for preventing aroma and flavor aging as well as building up and foster the spinoffs international network (specialty-coffee farmers, scientists, exporters, importers, traders, roasters and coffee shops).

Even when stored under adequate conditions, aging of green coffee results in the decline of its original quality. For producers, exporters, importers and traders of specialty coffee this can represent significant losses, given the close price-cupping score interrelation. General knowledge within the coffee community indicates that the rate at which this negative progression occurs differs among varieties and processing methods. To explore and address this, a spin-off from the TU Berlin called coffee, metrics & analytics (coma) developed a novel pressure treatment to preserve flavor and aromatic compounds over longer periods. In 2018 coma kicked off an experiment comparing the rate of decline in the cupping score of samples from two lots: a Tanzanian fully washed Kent variety and an Ethiopian Heirloom natural. Coma conducts the experiment in collaboration with two specialty roasteries in Germany and one specialty trader in Norway. For each variety, half of the samples were subjected to the new treatment while half remained unprocessed. All samples are stored under business-as-usual conditions at the roasters’ and sourcer’s premises, and are cupped at regular intervals to evaluate the evolution of cupping score and biophysical components. This lecture & cupping will introduce the new pressure treatment and present preliminary experiment results.

Francisco and Gerardo’s presentation is titled “Interrupting the Biological Process of Aging in Green Coffee”.

Milda Rosenberg is a researcher at the University of Oslo, studying climate change adaptation in coffee. People with a vision others call unrealistic fascinate Milda, which is why her research follows them through the process of turning their vision into reality against all odds. Milda approaches climate change as one of the many issues stakeholders deal with, and facilitates a change process that incorporates sustainability as one of the key agendas. She thrives on harnessing the potential of human capacity to change. The goal is to make change an efficient and creative process.

The title of Milda’s presentation is “What is my role in climate change adaptation in coffee?” More info to come! 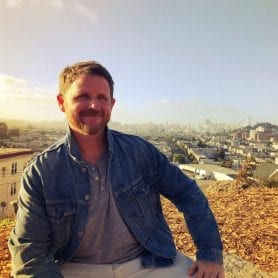 Benjamin Myers is a graduate of UC Berkeley where he studied Philosophy and Systems Ecology.    After graduating Berkeley, Ben spent two years working in rural Russia at an Agricultural Technical College through the Peace Corps. In 2005, in conjunction with the UGA Institute of Ecology, Benjamin founded a coffee business called 1000 Faces Coffee. A self-created first coffee job, he worked on a forward thinking agroforestry project in the Choco-Andean Corridor in Northern Ecuador by providing a direct trade partner for the shade grown specialty coffee the growers produced. Since 2014, Ben has served as the President of the Chain Collaborative. He is a US based consultant with 49th Parallel Coffee Roasters and also works as the Growers Program Manager with Frinj Coffee. Benjamin has enjoyed collaborations with: The Land Institute, the World Institute of Slowness, Roast Magazine, and The Coffee Quality Institute during his time in the coffee industry.

Benjamin’s presentation is about Frinj Coffee’s creation of a new coffee producing region in California. Theirs is a farmer-first approach and utilizes new plant material in collaboration with UC Davis & Front Range Biosciences. The Frinj Coffee project seeks to build a coffee future in relationship with climate change. With 40 farms, Frinj has moved from developing one plant to developing an industry. As the Growers Program Manager, Benjamin’s role is to help develop Frinj’s new farms.

In creating a new coffee origin, Frinj is collaborating with a cross section of industries to unlock new potentialities. At 18 degrees north of the tropics, in the middle of a coastline riddled with renowned agricultural universities, technology hubs, and our wine industry. These outside perspectives have shaped Frinj’s approach to coffee. 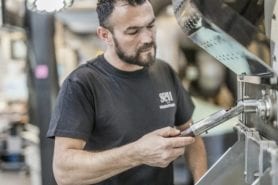 Simo Kristidhi has been a roaster at Solberg & Hansen since 2004, taking on the position of Head Roaster in 2008. During his 16 years of roasting at S&H, Simo says he has had the opportunity to work with some of the worlds greatest coffee professionals. Something that motivated him to enter the World Coffee Roasting Challenge in Vienna in 2012, which he won. The WCRC was a precursor to the World Roasting Championship.

After this competition, Simo was determined to organise the first ever Norwegian Roasting Championship to both highlight the roasting profession and showcase the science behind it. Six years on, the competition has 25 participating countries, each winner becoming an ambassador for the coffee roasting profession. In Simo’s opinion, interest in roasting, and the level of skill behind it has never been as high as it is now, in part due to the attention roasters receive through competition.

His presentation at Nordic Roaster Forum is about his experiences as a roaster competitor, “Thoughts and Strategies Prior to Roasting Competitions”. To Simo, participating in competitions is many things: a great way for roasters to calibrate themselves and sharpen their skills, a means to gain more roasting experience and knowledge, as well as create great (lifelong) friendships amongst peers.

Eva Eriksson has worked for the Swedish coffee roaster Löfbergs for more than 30 years. She is now the Quality and Sustainability Director, a position where she oversees both taste and quality, and takes responsibility for the people and environments where Löfbergs does its sourcing and production.

During her years at Löfbergs, the company has become one of the world’s largest suppliers of organic and Fairtrade labelled coffee and has invited more than 75,000 small-scale coffee farmers to its development projects. Back home, Löfbergs has constantly reduced its climate impact despite increasing its production and it has also been a frontrunner within the area of packaging waste management. Löfbergs was the first coffee business in Europe to remove aluminium from its packaging 25 years ago and has now started to phase out fossil plastics, replacing it with plastic from renewable sources.

Eva is still cupping coffee daily at Löfbergs as she has always been doing over the years. She has cupped approximately 500,000 cups in total and still enjoys every sip.

The working title for her coming lecture is “Responsibility from bean to cup”. More info to come…