Team Sweden not only won the honour and the NBC trophy at the Nordic Barista Cup 2013 – they also won a trip to Brazil, kindly sponsored by Brazilian Specialty Coffee Association. On the Swedish team were Anna Nordström, Oskar Alverus and Tobias Palm. Unfortunately Tobias could not go, so he kindly gave his seat on the trip to his barista friend Philip Hagenmalm, who is a barista at Coffice in Stockholm. 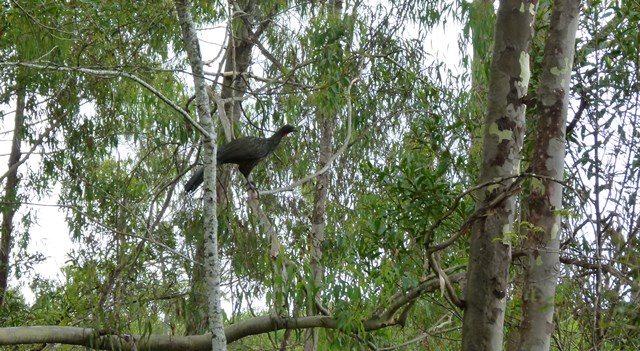 First part of the trip was to see Fazenda Camosim, an organic biodynamic coffee farm in the Espiritú Santo region north of Rio.

The Camosim farm is also home to the Jacu bird, apparently a bird similar to a grouse. The bird eats coffee cherries, and poops them out – only to be picked,  (hand) sorted and sold at sky rocketing prices.

Farm manager Henrique Sloper greeted the group and gave us the quick facts (1250 meters above sea level, organic certified, 70 hectars, 9 varieties: Iapar, Yellow Caturra, Yellow Bourbon, Catucaí, Icatu, yellow Icatú and others) before we headed out to see the farm.

Being biodynamic and organic the farm is working after Rudolf Steiners’ philosophy which includes to take care of the forest that is surrounding the farm – and to practice after the biodynamic sowing (lunar) calendar. 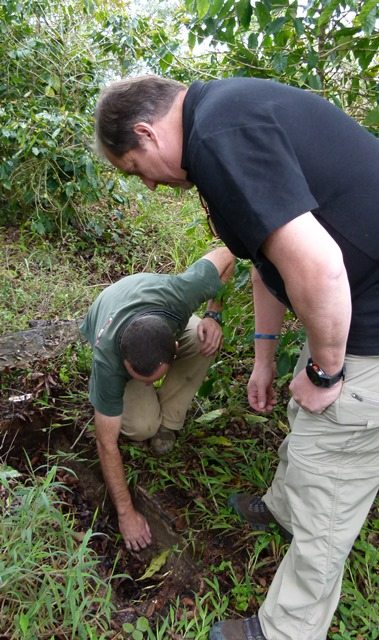 In the middle of the coffee field there were holes where cow dung, minerals and stones were kept to turn into soil that will bring rare elements to the soil (borium, cadmium etc). Henrique said that it needs to be stored in the area where it will be planted – to be in the energy of the area, where it is going to be sprayed on the roots. They make a solution from the soil that can resemble a homeopathic medicine. 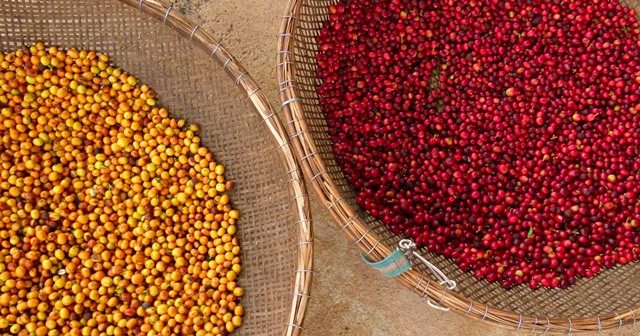 The guys at the farm had picked some yellow Caturra and some Iapar for us, and we saw the processing of it. Camosim does both honey process and black honey process. There is a distinct difference in the colour of the parchment. 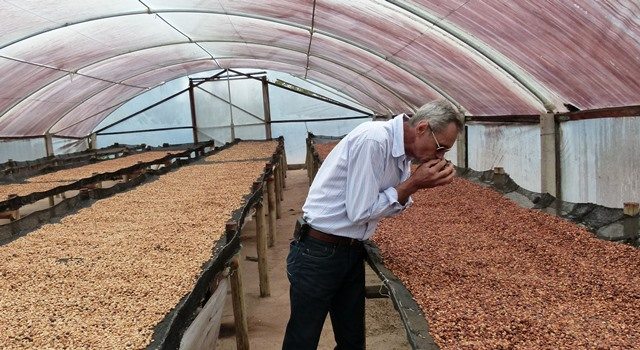 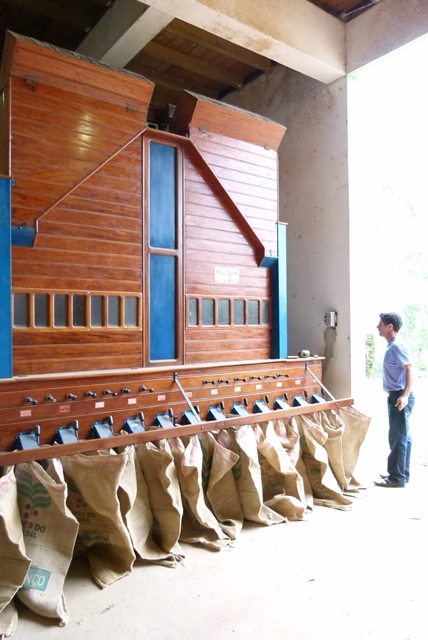 Camosim farm has a 1957 hulling and sorting machine. Here is the quality control manager at the farm checking the end result.

After this we cupped coffees – amongst them the same coffee that had been picked and processed on the same day – but one as black honey and the other as honey process – but the resting time after harvest differed from 40 days to 80 days to 110 days.

The favorite on the table was the honey processed Yellow Bourbon that had rested for 110 days. It had notes of jasmine and “geisha vibes” with loads of flower and sweetness. Here Oskar, Anna and Philip are in action at the cupping table. 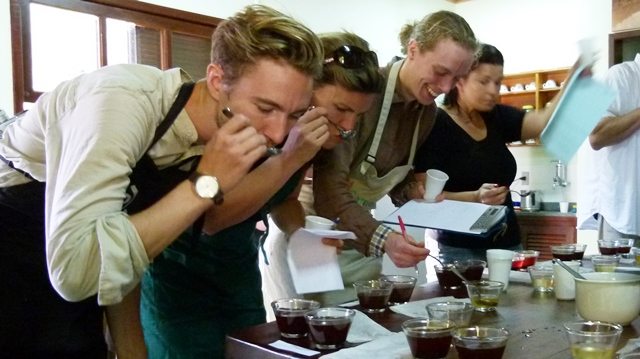 Tonight the plan is to go and see 15.000 Brazilians celebrating the annual polenta-festival in the area. Surely there will be Cachaca and polenta on the menu…