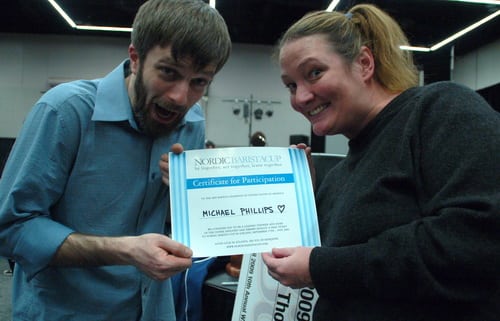 PICTURE: Sarah Allen from Barista Magazine handed over the Nordic Barista Cup ticket to Michael Phillips at the US barista Championship.

Do you want to join Michael (and everybody else) in Iceland?