You are here: Home / 2013 Norway / 2013 BLOG / “From The Earth To The Stars, Applied Biodynamics” by Cynthia Sandberg, Love Apple Farms

“From The Earth To The Stars, Applied Biodynamics” by Cynthia Sandberg, Love Apple Farms

Cynthia Sandberg talks about her approach to biodynamic farming, where she grows food in Santa Cruz for Manresa Restaurant in Los Gatos, California

“Seed saving is a must! The seeds adapt over years to a specific area”

“Animals are required on a biodynamic farm”

++
Cynthia Sandberg started her career as an attorney, but farming attracted her after she bought a large piece of land.  She began farming  it and selling her produce locally. She now owns Love Apple Farms, a 22-acre biodynamic garden in California devoted to growing vegetables exclusively for the two-Michelin starred restaurant, Manresa.  Love Apple also presents about 100 gardening, cooking, and homesteading workshops each year on the farm. 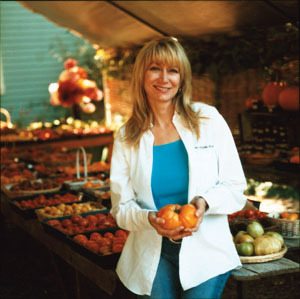