The Swedish winning team is in Colombia at the moment – thanks to their victory at 2010 NBC in Oslo last September. Along with the NBC trophy the team also won an – all inclusive – trip to Colombia to get to know the coffee and to meet the Colombian pickers, farmers, cuppers, roasters and – off course – baristas. 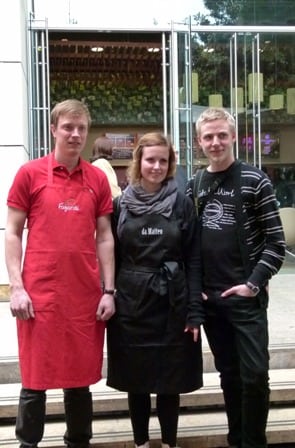 Here is the Swedish team in front of the Juan Valdez café in the Financial district in Bogotá.

From left Sebastian from Fogarolli (small village close to) Malmö, Pernilla from DaMatteo in Gothenburg and Emil from Johan & Nyström in Malmö – ready for barista action.

BELOW:
So the trip started off in true NBC manner by sharing knowledge: BARISTA JAM.The Juan Valdez was the perfect setting for the perfect barista jam. 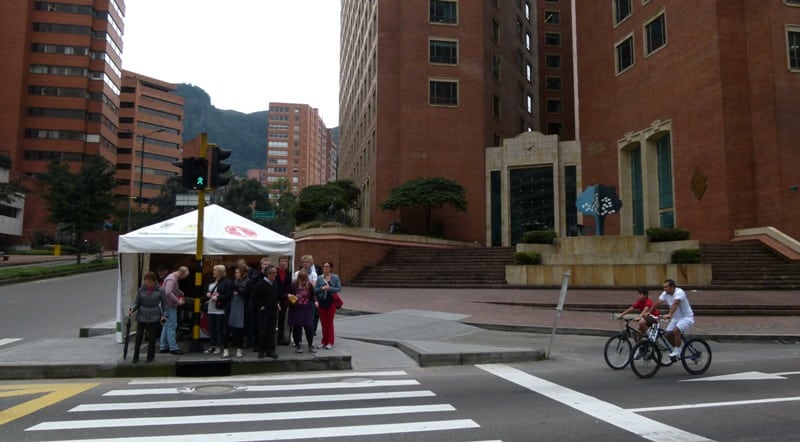 Here the NBC field trip crew is in the middle of Bogotá on Calle Septima, one of the main streets. Usually the street would be covered in cars, trucks and yellow taxis. How ever Sundays from 7 in the morning untill 8 at night some of the big streets are sealed off for the people to excercise. So instead of engins running there are people biking, running, walking, selling fruit etc.

But our agenda was the Juan Valdez barista jam. 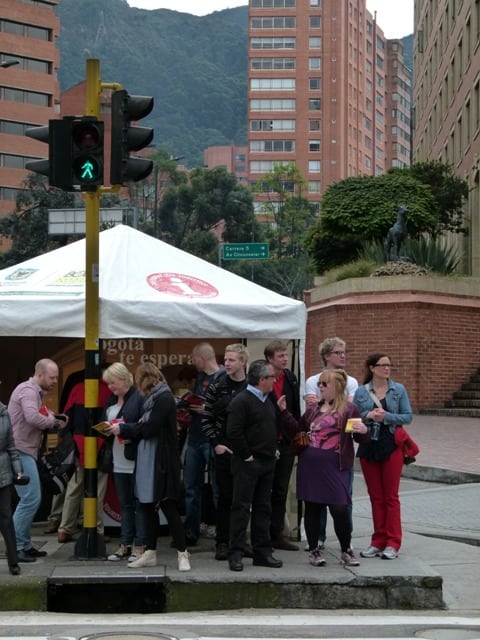 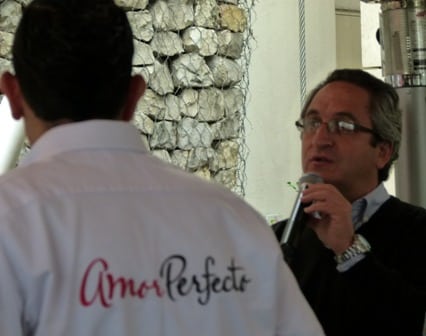 Luis Fernando Velez, the organiser of the NBC field trip presents the baristas. Luis is the owner of Amor Perfecto – one of the best specialty coffee roasters in Colombia.

Along with organising the NBC trip, he also is the main man behind the WBC 2011 in Bogotá. 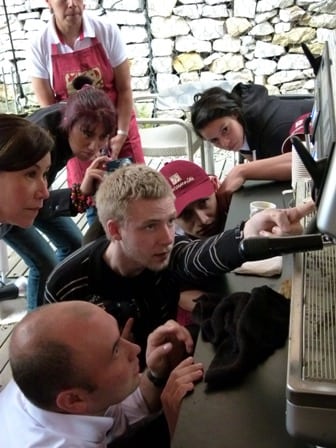 Emil from the Swedish barista team had a jam about dosing of coffee. After packing the coffee they weighed the portafilter and tasted the different espressos – as well as practising their dosing.

Here they are looking at the extraction from a naked portafilter. In the front is Emil and by his side Blanca (left) and Ever (bottom), both baristsas at Amor Perfecto and both placed in top 6 in Colombian barista championship. 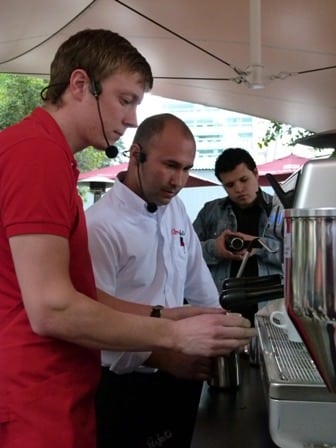 Sebastian and Ever made a presentation for the public explaining them about espresso extraction and steaming of milk.

The presentation was showed on a big tv-screen and the crowd asked questions about blends and milk – and off course tasted the lattes. 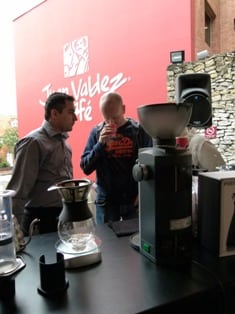 There was also a table focussing on other brewing methods such as Chemex and Aeropress. Here is Mikel from Solberg&Hansen and Mauricio from Amor Perfecto discussing dosing, water temperature and the coffee. 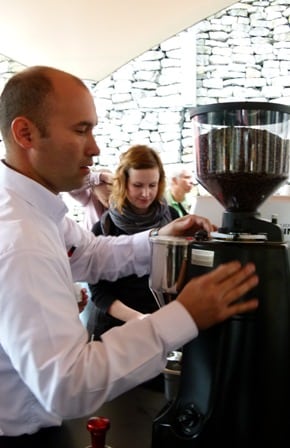 Pernilla from the Swedish team and Ever worked on the grind and the dose as well.

After the barista jam we walked the steep hills of Bogotá to Luis’ place, where we were treated with a delicious lunch with Amor Perfecto coffee and a traditional Colombian cake made of corn and coconut.

The magnificent view over Bogotá was greatly enjoyed and photographed.

Later today we will visit FNC and then we fly to Popayan, Cauca.