This year we have gathered the most exquisite team to cover the event itself.

Not only will Sarah Allen from Barista Magazine be present and blog about the event – along with her will be Zachary Carlsen from Sprudge who will video tape and stream from the event. Here is a little summary of the two reporters: 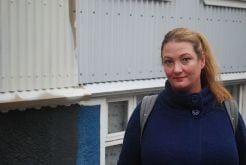 Sarah Allen is the Editor and Co-founder of Barista Magazine. Sarah earned her Bachelors degree in English (1995) and a Masters degree in Journalism (2000).

Sarah has worked as a journalist for 15 years, as a staff writer for The Oakland Tribune and The Oregonian newspapers, where she covered pop music, film and the culture of teenagers. Sarah has been covering coffee and the specialty industry exclusively for eight years, and she has for many years been a regular part of the NBC PRESS. 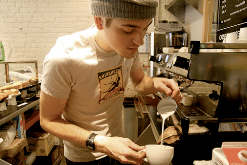 Zachary started working in coffee at Starbucks in Seattle in 2001. He moved to Washington, DC in 2005 and began working with Nick Cho at murky coffee. Murky coffee taught him how to pull shots of espresso, how to cup coffees and appreciate the entire supply chain.

Zachary currently works at Four Barrel Coffee in San Francisco. Furthermore he is the founding editor for Sprudge.com.