You are here: Home / 2006 Denmark / They’d Sell You The Shirts Off Their Backs

They’d Sell You The Shirts Off Their Backs

The clouds continued to hold off the rain here in the public square of Nytorv while the barista teams hit the pavement with coffee in one hand a pail in the other. They were looking to make a deal with whomever they could find. Whatever you were willing to pay (and hopefully just a little bit more!) they’d take, and in exchange you’d get a cup of coffee or a latte or even whole bean. 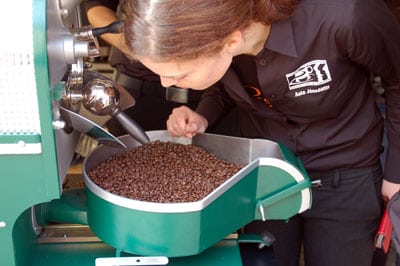 Meanwhile, the teams took turns at the Probatino, roasting up fresh batches of coffee (which will be used later in another competition) with Probat’s roastmaster Arno Schweck.

The tally for what each team raised is still to come, but they certainly were putting their hearts into it. Selling El Salvadoran coffee to fight malnutrition in El Salvador has a nice symmetry to it, and obviously the teams were taking their role seriously. But, as this is the Nordic Barista Cup, they made sure to have fun too. 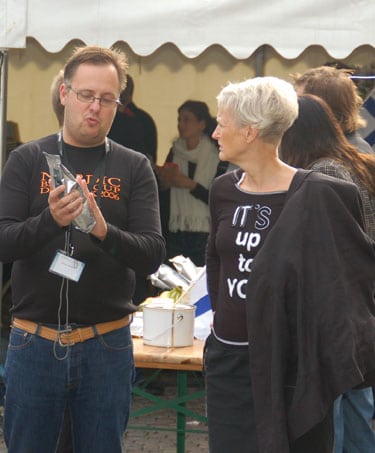 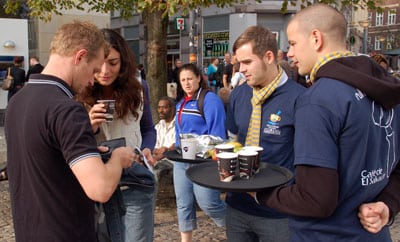