You are here: Home / 2006 Denmark / Cup Of Excellence And The Future Of Specialty Coffee

Cup Of Excellence And The Future Of Specialty Coffee

After a speech about the Cup of Excellence and his vision for the future of Specialty Coffee by Steven Hurst from Mercanta Coffee in the United Kingdom, we found ourselves in the midst of the first (announced) competition for the teams.

Steven had given a very good overview of the scoring sheet for cupping Cup of Excellence coffees, and the teams’ task was to explain it in detail to five groups of attendees. That is what kind of flavors the coffee would be judged on, the types of body and mouthfeel that score well, etc.

The attendees were told to report to one of five groups of tables, each one assigned to one of the national barista teams.

Then, as the teams took different strategies for teaching the attendees about the scoring, some by speaking as a single, unified group, others by breaking the attendee audience into small clusters of three-to-five people and having one barista work with them, the judges slowly circled the tables, their own score sheets in hand, making notes, evaluating the effort and generally keeping the teams on their toes. 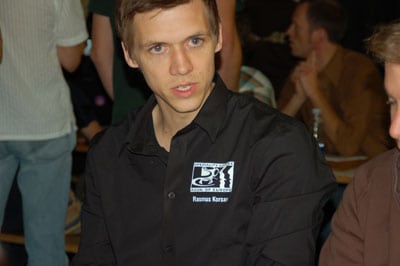 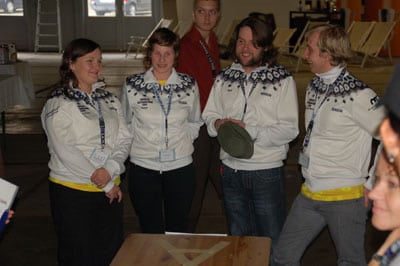 Who came out on top? We’ll find out later. In the meantime, the teams are really starting to feel the excitement of the competition. After all there’s not just honor and national pride at stake, but a trip to El Salvador! And the attendees are enjoying not only the teams’ best efforts, but are actually learning, too. Shazam! – Kenneth R Olson