You are here: Home / 2006 Denmark / Coloring By Numbers – The Competition

Coloring By Numbers – The Competition

After a presentation on the roasting process by Probat’s Arno Schwenk and his associate Daniella on the colorette machine and process (where the darkness of roast is examined through a detailed carefully calibrated instrument, it was time for the national teams to prove they had paid close attention. 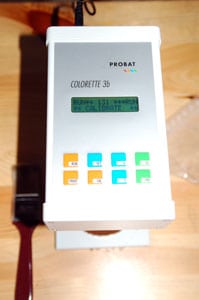 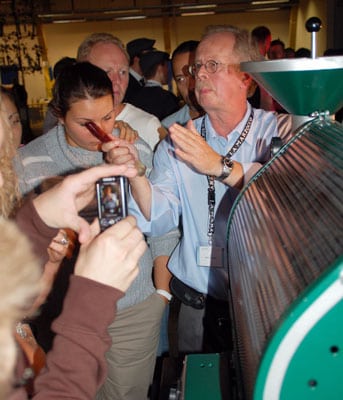 Each team was given a number of samples of coffee grounds, and using only their eyes, they were assigned the task of evaluating the roast by assigning the number they thought the colorette machine would assign to each one. A very dark roast for example would normally be evaluated as a 60 where a very light roast would come up as a 160. The samples would likely fall somewhere in between. It was up to the teams to determine exactly where. 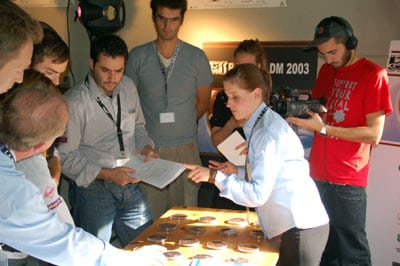 If you think it might be odd for a company that builds roasters to be a major sponsor of a barista event, Arno says otherwise. “We want to be in the process,” he says. “We want (baristas) to know what we are doing, but on the other hand, we are learning to. When we have (interactions) like this with baristas, we know more about the whole process and we can improve our machines. If we know the barista and the green coffee people, we know the process from the seed to the cup. The barista’s product is also our product.” 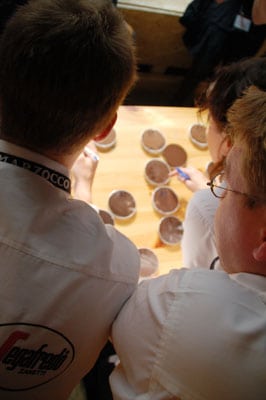 As for who won the competition, we don’t know yet, but whichever team proves itself most adept at performing as a human colorette machine will certainly improve its chances at winning the day.